Rugby World Cup hosting was a catalyst for national pride growth in Japan, capturing the imagination, growing rugby interest and leaving a positive legacy for the sport, according to a major new study.

Japan 2019, which was won by South Africa, saw the best-ever performance of the Japanese Brave Blossoms as the hosts became the first team from Asia to reach the quarter-finals during a tournament that broke viewership, engagement, match and fan-zone attendance records.

Another major endorsement of the significant positive impact of Rugby World Cup as a high return on investment proposition for host nations and unions, the Nielsen Sports DNA study immediately after the tournament determined:

Almost half the population – a staggering 54.8 million – tuned-in on national free-to-air broadcaster NTV to watch Japan’s decisive pool match against Scotland, representing a single market audience record for rugby, while a record 1.2 million people visited fan-zones the length and breadth of the nation.

Another record was set with a 99.3 per cent of available tickets sold across the 45 matches, reinforcing Rugby World Cup as one of the must-see events. More than 400,000 international visitors travelled to Japan, many for the first time, to witness a unique celebration of rugby and Japanese culture.

Importantly, a dedicated partnership between World Rugby, Asia Rugby and the Japan Rugby Football Union saw 2.27 million new participants get into rugby in Asia since 2016 (1.17 million in Japan) through an innovative participation model.

The research comes as World Rugby prepares to announce details of the host selection process for Rugby World Cup 2027 and 2031.

The dual selection process, which will launch later this month, will enable World Rugby to select an optimal combination of hosts, as achieved for England 2015 and Japan 2019. The process will give successful candidates a longer preparation time that will optimise deliver and cost management.

World Rugby Chairman Sir Bill Beaumont said: “We believe that Japan 2019 was one of the great Rugby World Cups and this latest study proves that hosting is of significant value to the host nation.

“Rugby World Cup is not just a six-week world-class sporting event, it is an attraction, a driver of sporting, social and economic growth and a low-investment, high return-on-investment proposition for host nations and host unions.

“Japan was a model of that statement. It maximised the hosting opportunity with full buy-in from national governments, host cities and the wider public. It was a unique shop window for the whole of Japan, its culture, tourism and business.” 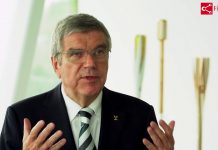 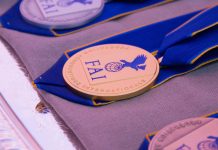 Exercise while Staying at Home

Panic purchases or planning ahead for the unknown?

Spreading the LOVE from our partners. Take away /

ABOUT US
Making a difference in the Asia Pacific region since 2015, Asia Fitness Today News Network (AFTNN) includes a news magazine portal that attracts 35,000 - 55,000 readers per month, digital platforms, social media and ground activation branded events. We're Asia's most trusted source of information on sports, fitness and wellness with the mission to motivate and inspire and make a positive impact at work and communities we live in. Sign-up and join our community today!
Contact us: info@asiafitnesstoday.com
FOLLOW US
© Asia Fitness Today News Network and Move8 Movement Therapy are brands by Go International Group Dotcom Sdn. Bhd. | Kuala Lumpur | Sydney
MORE STORIES

China Biologic Reports Financial Results for the Third Quarter of 2018

China Biologic Reports Financial Results for the First Quarter of 2018