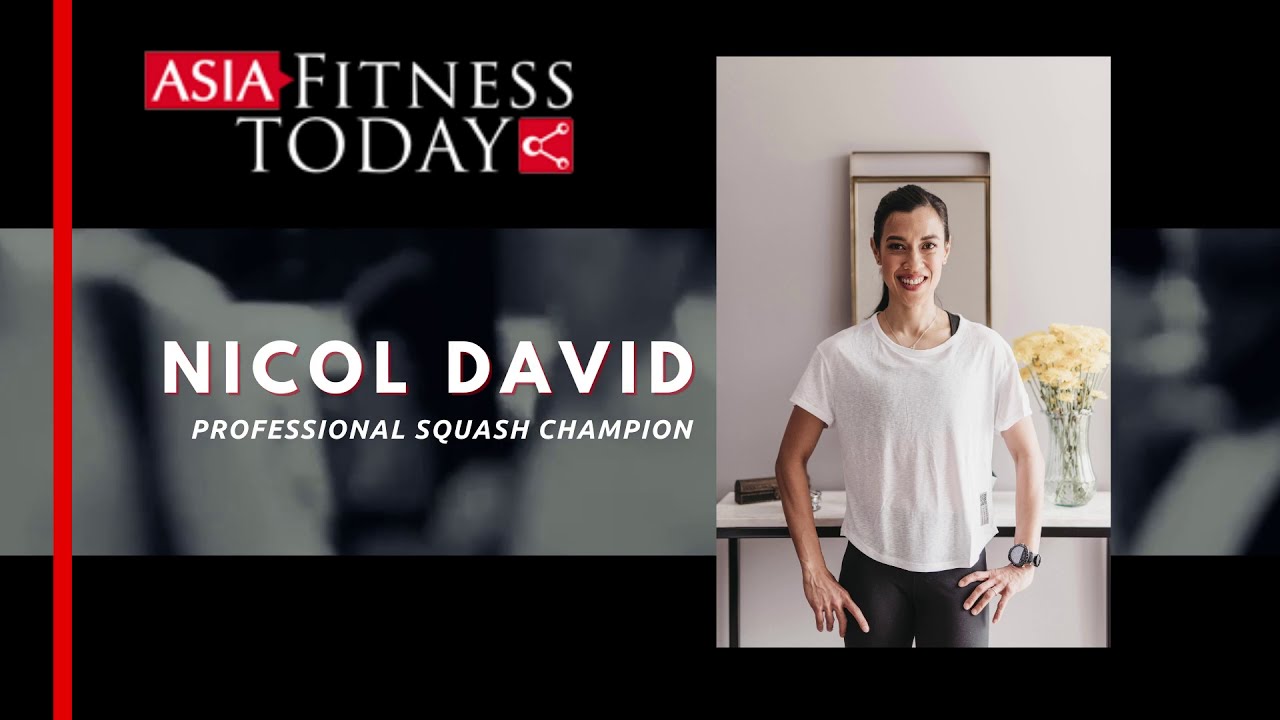 Sports fans all over the world have cast their votes, over 1,204,637 votes to be exact for The World Games Greatest Athlete of All Time.

Malaysian Nicol David 🇲🇾 has been named The World Games Greatest Athlete of All Time! With a huge total number of votes, 318,943 she was voted as the greatest of the 24 sports legends that started the voting race on 8 January. Ireland’s Tug of war legend James Kehoe 🇮🇪 is the first runner-up with 113,120 votes, and Larysa Soloviova, Ukraine’s and The World Games Champion in powerlifting 2005-2017, second, with her 80,790 votes. Marcel Hassemeier of Germany, victorious lifesaver, with 79,760 votes got very close to 3rd place (Source: The World Games).

The retired professional squash player, Datuk Nicol Ann David DB PJN DSPN KMN AMN (born on August 26, 1983) spoke to AFTNN and when asked if she had a message for the young players, lifting inspiration from how she went from zero to hero, this is what she said:

“Firstly I’d like to thank everyone for their support, their help and encouragement. For the youngsters out there, give yourselves a chance, go out and try whatever you want to do and take care of yourself,”.

Standings at our last report on 1 February 2021

David won three gold medals as well as a bronze at The World Games between 2005 and 2017. She also won eight World Championship titles and had an unprecedented nine-year reign as World No.1.

In 1997, 15-year-old David became the youngest woman to win a World Junior Championship. In 2001 she defended that crown, becoming the first woman to capture the junior championship title twice. David received international attention following her success in 2005, and in January 2006 she was officially ranked the number one female player in the world—a status that was never before held by an Asian woman.

President Zena Wooldridge of the World Squash Federation says: ”Nicol has beaten a number of distinguished athletes to first place and her victory is recognition of a wonderful career that saw her break numerous records and win everything there was to win in the sport.

David was appointed as the UN Development Programme Ambassador for Malaysia in 2002, and she has since set up her own foundation to enable young girls to take up sport, as a tool to help them establish their values.

When AFTNN reached out to find out how she felt on being nominated for the Greatest Athlete of All Time, Nicol said,

“It’s a huge honour to be nominated by the World Games for the Greatest Athlete of All Time and to gain so much support from everyone in Malaysia and the squash community. It came as a surprise to see me amongst these other top athletes and I’m grateful for this,”.

The World Games (TWG) is an international multi-sport global event since 1981 and takes place every four years after the summer Olympics. TWG features sporting events which are not contested in the Olympic Games such as aikido, billiards, dancesport, kickboxing, orienteering, parachuting and paragliding, squash, surfing, muaythai, tug of war and water skiing.

The public could vote daily, once per 24 hours, for their favourite. “The first candidate they choose gets two votes, and the second candidate one vote. We started with this initiative a year ago, in order to get The World Games family to know each other better; after choosing your favourite, you will choose a candidate from another sport too. This way you will get to see who else is there and with what kind of background story,” TWG communication officer, Anna Jacobson explains.

“Normally we have a vote for the Athlete of the Year in January. This year, to celebrate the 40 years’ anniversary of The World Games, we wanted to do something special. When we decided to look for The World Games Greatest Athlete of All Time, we did not realise we would find 24 such legendary athletes, and it has been a true pleasure for us to follow the vote as well. Nicol David truly deserves her victory! All the 24 candidates will be promoted throughout this year, as they are all legends in their own sport,” said Jacobson, also Head of Communications IWGA.

“If I get a chance to win this it would be amazing for me just to have the recognition through playing squash and hopefully it can elevate the attention for the future of squash and a proud moment to represent my country and Asia,”.

The voting ended on February 1st and three best athletes will be awarded a trophy and a branded gift from the official sponsor Protective Life.

Register and get notified about the live streamed interview with Datuk Nicol David on the Asia Fitness Today KURANG MANIS PODCAST. *AFTNN would like to shout out a word of thanks to Nicol who is currently in Colombia, her second base, TWG & PSA for making this interview possible.