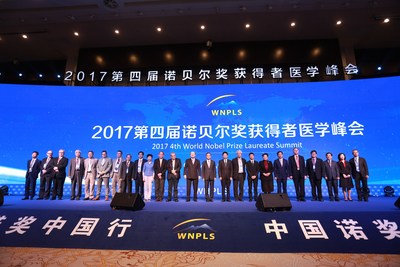 GUIYANG, China, Sept. 20, 2017 /PRNewswire/ — On September 14th, the three-day Fourth World Nobel Prize Laureate Summit 2017 was kicked off at the Guiyang International Eco-conference Center. Five Nobel Prize laureates, more than ten academicians from China and the United States, over 2,000 prestigious experts, as well as domestic and overseas pioneering enterprises and senior investors in the biomedical industry all gathered in Guiyang to discuss issues concerning the innovations in China’s medical science and technology with a focus on the theme – “Science: Fact and Fiction”. 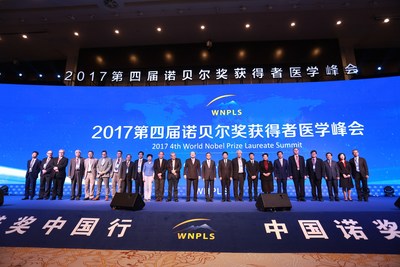 With the strong support from Guizhou provincial government and Guiyang municipal government, the Summit was jointly held by China Association of Traditional Chinese Medicine (CATCM), China High-tech Industrialization Association (CHIA), China Centre for International Science and Technology Exchange (CCISTE), China Pharmaceutical Industry Association (CPIA), and International Society of Scientific Communications for Nobel Prize Laureates (ISSCNL), in a bid to build a platform for in-depth dialogues among top medical experts from home and abroad in the era of “mass entrepreneurship and innovation”, foster innovative ways of thinking, and provide more solutions for cooperation and challenges in the medical science field.

The Summit is, without doubt, the highest-level meeting in the bio-science sector, which has brought together the world’s most eminent scientists, including five Nobel Prize recipients (Richard J. Roberts, Steven Chu, Barry J. Marshall, Robert C. Merton, and Aaron Ciechanover), more than ten academicians, and a hundred medical experts, to examine the facts about the globally neglected big issues concerning the climate change and genetically modified organisms. They would also harvest collective wisdom and support to brainstorm the wisest ideas, and conduct in-depth discussions and exchanges on such topics as integration of Chinese traditional medicine (TCM) and western medicine, precision medicine, and industrial upgrading driven by innovations. The epoch-making dialogues among these experts and scientists during the meeting have attracted dozens of leading media from home and abroad to cover the whole event, including CCTV, People’s Daily, Reuters, Phoenix TV and Xinhua news agency. 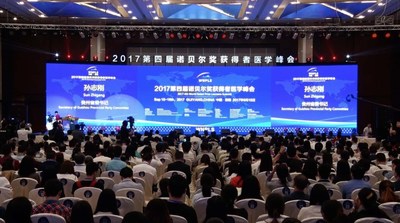 The secretary of provincial party committee of Guizhou province Sun Zhigang and the acting governor of Guizhou province Chen Yiqin sent a congratulations, the vice director of National health and family planning commission issued a written address, raising the Summit’s stimulation of communication between traditional Chinese medicine and western medicine, urging the Summit to continue to contribute to creative transformation and innovative development. 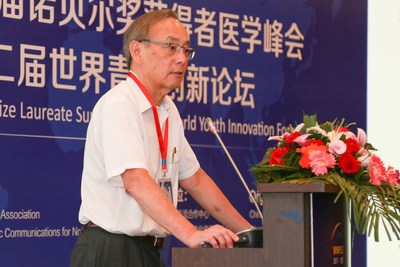 As the highlight of this year’s summit, the world youth innovation forum brought today’s top Scientific leaders and tomorrow’s stars together. The “dream team”, consisting of 1997 Nobel prize laureate in physics Steven Chu, 1993 Nobel prize laureate in physiology or medicine Richard J. Roberts, 2005 Nobel prize laureate in physiology or medicine Barry J. Marshall, 1997 Nobel Prize laureate in economics Robert C. Merton, with young Chinese scientists and students, they had a deep and interesting exchange and discussion of the issues on global climate change, the truth of GMOs, etc. Young people cherished such a rare and valuable opportunity of contact with the Nobel laureates. The role model effects, technology celebrity guide effects and inspirational effects greatly aroused the enthusiasm for innovative and creative thinking, promoting positive values guide. On the forum, the excellent keynote speech of Chinese young scientists has also delivered the voice of Chinese youth to the world. We see the enthusiasm of China’s young people who are actively concerned about the issue of global development, and the goal of global sustainable development has attracted the attention of Chinese youth and even the world’s young people. 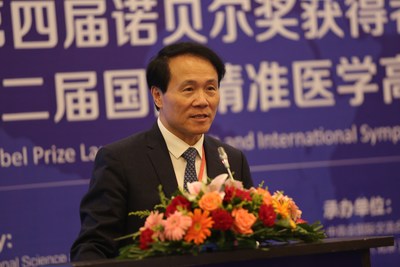 Recently, the necessity and significance of precision medicine has been attached with great importance to it by the healthcare industry and governments of different countries; and it has become one of the world’s hottest topics and has triggered the burgeoning growth of the healthcare market. Focusing on the development direction and strategy of precision medicine in China, the cross-field and interdisciplinary cooperation modes in precision medicine projects, and the future project implementation in different cities and provinces, the Precision Medicine Forum has summoned a number of renowned medical experts, scientists, policy-makers, and industrial leaders to study the field thoroughly from various dimensions, and has achieved remarkable results. Mr. Zhan Qimin, director of the PKU Health Science Center, said that precision is not only the ultimate goal of medical scientists, but the inexorable process of medicine development, during which the fundamental rule is innovations in scientific research. To this end, we should not just put emphasis on individual demands or simply regard it as part of genomics and big data. In fact, precision medicine is a diagnosis and treatment concept that focuses more on integration of different disciplines and takes proper consideration into the patients’ physical and mental conditions.

The future precision medicine should involve multiple disciplines – big data, genomics, molecular images, and molecular pathology, and make personalized and customized treatment plans based on patients’ conditions, living environment and lifestyle. In face of the historic opportunity of precision medicine – an area in which Chinese medicine may take the lead, this Forum explored the way of thinking across different disciplines and dimensions, and exhibited a new and comprehensive picture of precision medicine to the industry and the public. 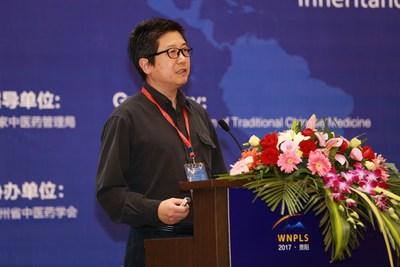 Scientific and technologic development needs to be applied to practice – with this aim, in the International Bio-pharmaceutical forum, scientists, business leaders, investors, and entrepreneurs, led by three Nobel Prize laureates, have conducted effective discussions from various dimensions on the internationalization of traditional Chinese medicine, particularly trending issues regarding the development of Chinese medicine industry after China joined the International Council for Harmonisation (ICH), the vigorous investment and mergers & acquisitions in the medicine sector worldwide, and the “last mile” of technological innovation and industrialization, triggering the “brainstorming” of the participants. Relying on the platform of Nobel Prize International Innovation Center, communication meetings between governments and enterprises, and closed-door business discussions were successfully held to promote the cooperation on numerous international cutting-edge technologies and products in China.

The platform is also designed to create many business incubators in China and other countries (e.g. the United States, Israel, European countries, and Japan) by borrowing the experiences from the United States’ Silicon Valley and China’s Beijing Zhongguancun Life Science Park, in an effort to capitalize the energies from the “brainstorming” and the intellectual accomplishments through profound academic exchanges. The Forum made accurate forecasts of the development trends in the medicine industry and gave an impetus to the resources integration of different regions and around the world as well as the cultivation, exchange and reserve of talented experts – a move that will make active contributions to China’s healthcare causes and provoke tremendous responses from the industry and all walks of life.

The “Nobel Prize Star Award” will also be granted during this Summit. The previous Star Award winners who have completed their studies in a workshop established by some renowned Nobel Prize laureates will come back to the opening ceremony to share with us their learning experiences.

Meanwhile, a rich series of activities will also be conducted on the sideline of the Summit in the next three days, including the “Nobel Laureates’ China Tour” to various science parks, research institutes, hospitals, medical universities, enterprises, middle and primary schools in Guiyang.

The World Nobel Prize Laureate Summit (WNPLS) is a high-profile annual event hosted by the International Society of Scientific Communications for Nobel Prize Laureates (ISSCNL). The Summit was first initiated in 2014 and it was held in Beijing, Tianjin and Chengdu for the past three years. From the capital of China to the deep inland, from Nobel Prize winners, academic elites to prominent scientists from home and abroad, to a new generation of young students and scholars, the Summit has brought together the world’s most advanced medical and technological achievements and has received globally broad support and cooperation from the medical industry.

The vision of the meeting is to carry forward the heritage of the medical world and spread the knowledge among all countries. We expect that this year’s Summit will bring more excitement to the entire medical industry and the Chinese people.