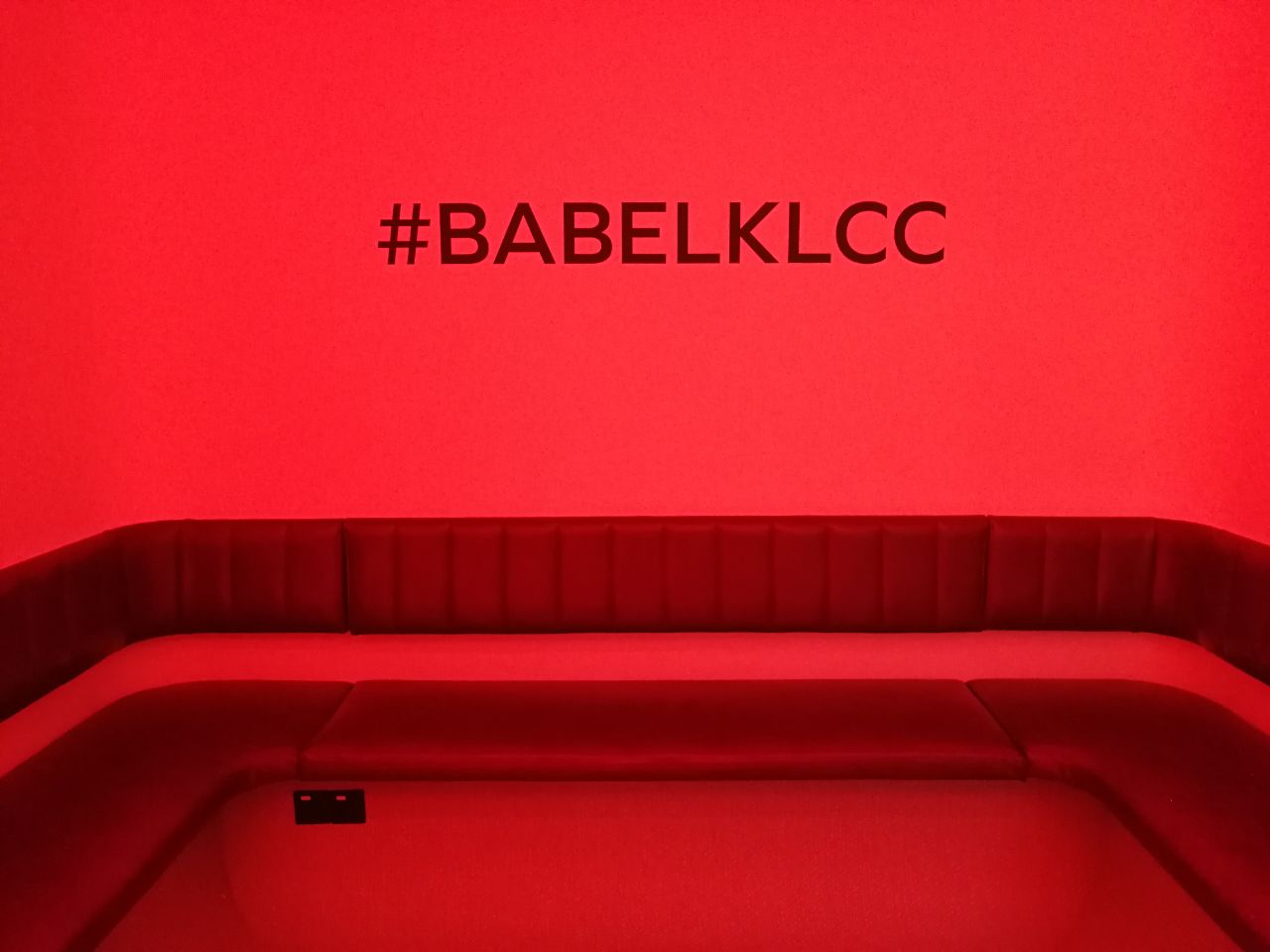 First of all, under no circumstances was Asia Fitness Today paid to do this review. In fact, Babel Fit did not even know we did this. During the launch of Babel KLCC, one of the goodies we received was a month-long pass which we utilized for this review.

Babel seems like the perfect gym for all of us. The gym features top of the line equipment and amenities. Sounds too good to be true but with plush towels that’s softer than your moisturizing conditioner hair, one can’t complain.

Your first impression of Babel KLCC is its entrance. It looks posh, to say the least. Second, there is this pleasant aroma that wafts through you as you walk in. This aroma is all over the gym too. I don’t know what this is but it made me feel relaxed and energized at the same time whenever I go to Babel.

On my first day at Babel, I went at 8 am and did the registration. I registered for the HIIT30 class straightaway by Evon, scheduled at 10 am. I had two hours of free time until the class so I decided to do some warm ups in the training room.

Obviously there is a lot of the latest equipment provided there but what caught my eye was the sheer number of actual living plants there. My photos do not do them justice. They just look like plastic plants but, trust me, they are as real as you and I. The plants made me felt as though I was being given extra oxygen during my warm up. According to Babel, they have an in-house botanist that helps them maintain these plants.

Then it was time for HIIT30. For the uninitiated, HIIT30 is a class where we push ourselves to reach our limit in 30 minutes. So, four different exercises for four rounds with just one minute of rest in between. It was really tough for a newbie like I am. But did I feel good? I obviously did.

After my class I decided to pamper myself at the infra-red sauna. It looks as though it is based on Japanese design but I can’t be sure. Well, it doesn’t really matter because as soon as I entered the sauna, I was able to relax and calm my mind. I might have even fallen asleep in there!

I didn’t manage to go to Babel as often as I would like to as work had me bogged down but after a week I went there as soon as I was done with work. I felt as though I needed to recoup the days I missed so I did it by deciding that it was a good idea to attend three classes in a row.

My obvious first class back to the gym is my now all-time favorite, HIIT30. There are no words that can describe how much I enjoy this class at Babel. As soon as I was done with this, I went for Slo Flo Yoga. Led by Tony, I found the class quite relaxing and personally I enjoyed the stretching after the vigorous HIIT class. It’s best said now that this was my first yoga class ever. I learned to control my breathing and didn’t drop a single sweat during the class.

I had a 30 minute break from yoga to my final class. This would be the first time for me to attend an RnR class and luckily I was met with a familiar face by way of the trainer. I’m pretty sure you can guess what kind of class this is solely based on its name. So yes, we do some more stretching but it wasn’t as gentle as Slo Fo Yoga though. I ended feeling sore despite it supposedly to be a relaxing class as well. Despite the soreness I actually liked this class as I did not feel tired out from it and completely understand why it was slotted as the final class of the day.

Before I left Babel KLCC, I decided to utilize the Bad Lab products available in the men’s locker room (Good Virtue’s Co products are featured in the women’s locker room). It was not bad and made me feel pretty good for the trip home.

Words cannot express how much I love doing HIIT at Babel and my final HIIT30 class was scheduled at 6 pm. This time I had a new trainer – Jean K. It was a great experience as she’s quite energetic and she would be shouting words of encouragement at us so we would be able to keep up and moving.

However, unlike the other HIIT30 classes I’ve attended, we didn’t have any simple warm up at the beginning of the class. Jean began the class with a really challenging warm up. Another difference is that there are eight of us in this class. There were two to four people in the other HIIT30 classes I’ve attended. This surely proves Jean’s effectiveness and popularity. I was seriously exhausted in her class but keep moving as she constantly encourages us to not give up.

Ok, maybe I should’ve tried more classes but I got hooked on HIIT. But this is what I have to say about Babel KLCC – you have to see and experience it for yourself. At Babel KLCC, seeing is barely believing thus you would have to go for some classes to fully immerse yourself with the Babel experience. I give them 10/10 for overall experience, classes offered, amenities and location.