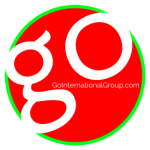 Although this advertisement was released in December 2020, team AFT found this an interesting piece to cover.

This two-minute film was selected by Vimeo’s Staff Picks, and highlights “real-life experiences” of three female athletes from different backgrounds in Japan — one is Japanese, one is Korean, and one is of mixed race with an African father and Japanese mother. The film touches on bullying, race sentiments and shows how each girl “overcomes their daily struggles and conflicts to move their future through sports.”

This advertisement raised a few eyebrows in that it became a highly controversial talking point. Have a look at what was reported throughout the international media channels:

“The video, viewed 14.1 million times on Nike Japan’s Twitter feed by noon Wednesday, had racked up 63,000 likes but also a cascade of critical comments from many who vowed never to buy Nike products again.”

This advert is so timely as it happened just at the height of the #StopAsianHate wave. Let us know what you think in the comments below.

Greetings! We're the AFT social team comprising of sports, fitness and health student interns. Doing our bit by being FIT for GOOD :) Have a nice day!