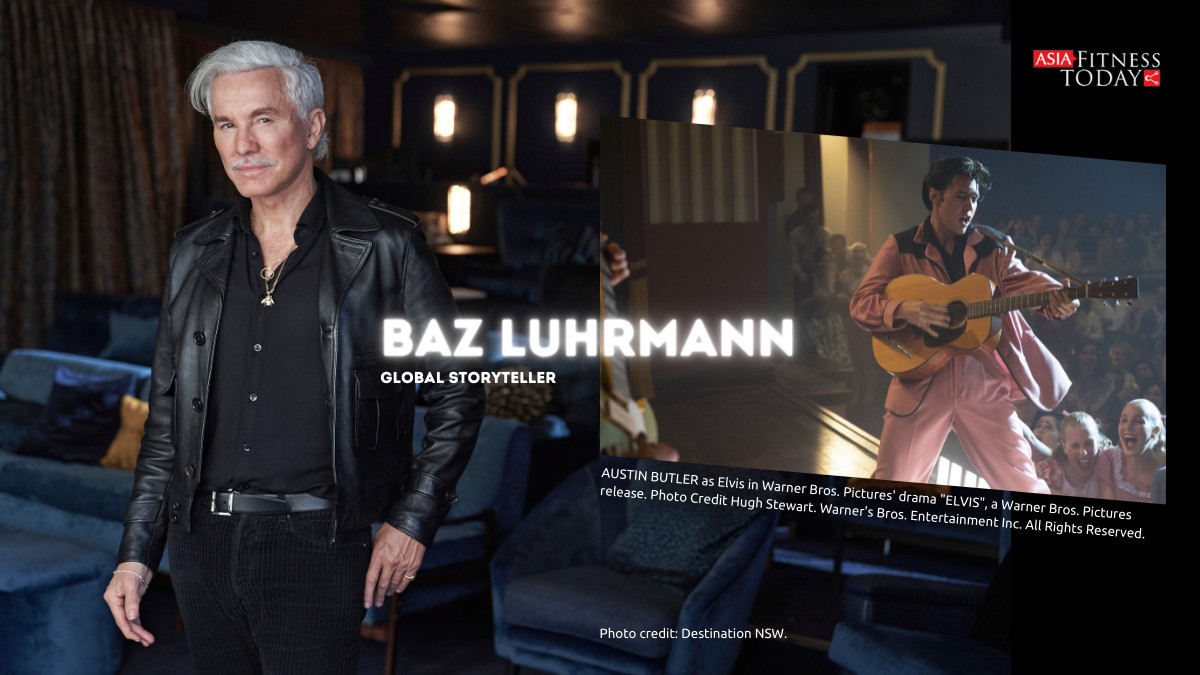 Vivid Sydney 2022 presents renowned filmmaker and global storyteller Baz Luhrmann at Vivid Ideas: The Business of Baz followed by the highly anticipated Red Carpet Gala premiere of ELVIS – fresh from its World Premiere at the Cannes Film Festival. Both events will take place at the iconic State Theatre in Sydney on 5 June 2022.

The Business of Baz is an intimate, one-of-a-kind conversation hosted by acclaimed journalist and podcaster Marc Fennell. Baz will discuss his remarkable career, the power of storytelling, creativity in chaos and his multi-faceted partnerships with Catherine Martin and Craig Pearce, enthralling audiences with behind-the-scenes tales from the filming of Elvis.

I am delighted that Baz Luhrmann, one of our nation’s greatest cultural luminaries, will be part of Vivid Sydney 2022. His dynamic artistic talents traverse film, television, opera, theatre, music, and recording. His insights into the fashion and art worlds make him incredibly interesting and highly relevant for the Vivid Ideas program.

A seat at an audience with Baz will be one of the hottest tickets in town. This is a one-off opportunity to get first-hand insight into the genius behind his art, his career and of course, his latest movie Elvis. Culminating in the Sydney premiere of his highly-anticipated biopic about another cultural icon–the first time in the festival’s history we have included a film premiere.

Baz Luhrmann joins a powerful, thought-provoking Vivid Ideas line-up for 2022, as a Global Storyteller alongside Aaron Sorkin, Gretchen Carlson & Troye Sivan. Baz is a creative visionary with a body of work that embodies everything Vivid Ideas is about–celebrating those who push creative boundaries, tell stories that challenge the status quo and drive change for good. Both he and Catherine Martin personify Sydney style and creativity.

Coming from a very small town about four hours north of Sydney, it’s not an exaggeration that David Williamson’s description of it as the Emerald City was spot on, for I always looked toward Sydney on my journey down the yellow brick road. From growing up on the northern beaches, opening The Bond Theatre Company and creating experimental opera, during my time at NIDA, and throughout the development and shooting of my first film, Strictly Ballroom, Sydney has been a haven for me and a place abuzz with energy”. “CM and I will never forget the romance of this majestic city, which is forever in our hearts. We created our first-ever Australian opera, La Bohème, at the Sydney Opera House back in 1993, so, it’s only fitting that we return to the Emerald City to share our latest work, Elvis, fulfilling the dream that we Australians can conceive of anything, bring it to life here, and deliver it to the world.

ELVIS is in cinemas in Malaysia, Singapore, Thailand and Australia from 23 June. More dates here.

Vivid Sydney, the annual festival of creativity, innovation and technology, will transform Sydney’s CBD into a fusion of Light, Music and Ideas for 23 nights, from 27 May to 18 June 2022. Business of Baz joins more than more than 85 intriguing talks and workshops as part of the Vivid Ideas program, which explores the forces that shape not only Sydney’s unique community, but all great cities around the world.

To book tickets to Vivid Sydney events and performances, and for more information on the program go to www.vividsydney.com.