There’s no other way to describe this project than pure love. We believe, it is from that space, of wanting to share the beautiful sounds to depict our human species, that both filmmaker Yann Arthus-Bertrand and music composer Armand Amar have produced this magnificent film. Although released back in 2015, the film isn’t dated at all, nor is the music.

This also links us to Asia Fitness Today’s research and interest in the topic; Humans, Rhythm and Movement. Movement is essential to human evolution and a key element in survival.

Intrigued and curious, we visited their official website: http://www.human-themovie.org to discover more about the film. And it was a delightful treasure trove that we delved into!

We also selected this Making Of Interviews, video to share, just to show the magnitude of work, number of hours put into realising this project.

Since a young boy, film director Yann Arthus-Bertrand had used a camera to document his observations and accompany his writings. The turning point, was at the Earth Summit in Rio de Janeiro in 1992 when Yann embarked upon a major photographic project about the state of the world and its inhabitants. It was titled Earth From Above and the book sold more than three million copies. Years later, Yann created the GoodPlanet Foundation and the non-profit organization has been investing in educating people about the environment and the fight against climate change. He was appointed United Nations Environment Program Goodwill Ambassador in 2009 and that year, he made his first feature-length film, HOME, about the state of the planet. This movie was seen by almost 600 million spectators around the world.

“I am one man among seven billion others. For the past 40 years, I have been photographing our planet and its human diversity, and I have the feeling that humanity is not making any progress. We can’t always manage to live together.
Why is that?
I didn’t look for an answer in statistics or analysis, but in man himself.”

“It is too late to be a pessimist. Taking action builds happiness!”

Regardless of our condition or situation, every single one of us can play a role and contribute to a fairer and more harmonious society. Whether we are male, female, young, old, married, divorced, single, orphan, poor, rich, disabled, our opportunities to act are endless. Whether it is through associative work or simple actions, there are many simple gestures to take and stories to live to help us fulfil ourselves and build tomorrow’s humanity.

This article has been edited for Asia Fitness Today from the official website. 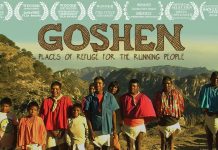 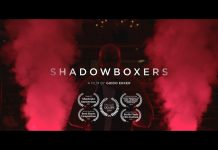 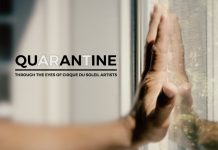 QUARANTINE: Through the eyes of Cirque du Soleil Artists