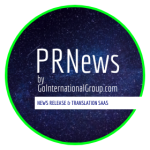 Dato’ Ananth S. Nathan, President of the Malaysian Esports Federation (MESF) and pioneer of the Esports community in Southeast Asia has undertaken a leading investment in founding English Premier League Club Wimbledon FC, which was resurrected in 2002 as AFC Wimbledon. This investment positions him as the second-largest individual shareholder AFC Wimbledon, and one of a select few Asian owners of a European football club.

A very unique aspect of Dato’ Ananth’s investment is that he has never seen the AFC Wimbledon team play live. In 2002, Wimbledon FC, or affectionately known as the Dons, was controversially severed from its community by the decision of a Football Association commission. The club was relocated 70-miles from its home, and repositioned under a new name and ownership.

A devastating moment for fans, this resulted to a fan-led campaign that relaunched the club as AFC Wimbledon in the same year, maintain the team’s outstanding legacy. That same passion was also shown during a multi-million-pound fundraising campaign to rebuild its beloved Plough Lane home stadium, with the club playing its first match in its new Plough Lane home in November 2020.

Dato’ Ananth shared that he found his own journey echoed the story of struggle and triumph of AFC Wimbledon, forming an instant bond with the passion and perseverance with the football club. He has become a committed supporter of AFC Wimbledon’s journey, one which he hopes to extend through a shared community in Asia and beyond.

“In 2010, I went through a tough stint in my personal and professional life. With the support of family and close friends, I persevered.  Like a phoenix, my life rose from the ashes and I embarked on an upwards trajectory,” he said.

Dato’ Ananth said that he believes AFC Wimbledon’s story will resonate in Malaysia and throughout Asia. “The strong community spirit on the revival of the club was an important catalyst of this investment. It never crossed my mind as an investment, I did it because I love football and the romantic history of the club. When I went through the museum here at Plough Lane, I had goosebumps. That’s the effect I want to create in Malaysia. So, when the opportunity came, I had to put my name in,” he continued.

Despite its rocky history, AFC Wimbledon is no stranger to success. The club currently holds the record for the longest unbeaten run of league matches in English senior football, with 78 consecutive undefeated league games, as well as being proud winners of the FA Cup in 1988 having beaten Liverpool 1-0 at Wembley.

Through the investment, Dato’ Ananth also assumes a new role as International President for AFC Wimbledon. His ambition is to combine his unique Asian perspective and connections, and his extensive Esports experience to build on the Dons’ remarkable legacy and passionate fanbase.

Alongside revitalised business foundations in his successful AIRMARINE, an international integrated logistics and supply chain business, Dato’ Ananth believes he is positioned to help inspire an exciting new future for AFC Wimbledon.

In the long-term, there are bold plans to have the Dons play against national teams of Malaysia, Singapore, Thailand, Indonesia, and other nations of the region, as well as develop a Wimbledon Academy in Asia to help build player depth and experience across the club and national team. Dato’ Ananth also plans to build a local clubhouse where people can watch the game live together.

Beyond the traditional roots of a shared gameday experience, Ananth also has a vision to potentially establish the famous Plough Lane stadium as a leading home of Esports, building on the huge growth of this innovative industry.

He said, “I would like to see how we can add value with a Wimbledon Esports Division. According to reports, the global gaming market was valued at USD173 billion in 2021, and is expected to reach USD314 billion by 2027. That is something we should look to capitalise on.”