Differences between men and women 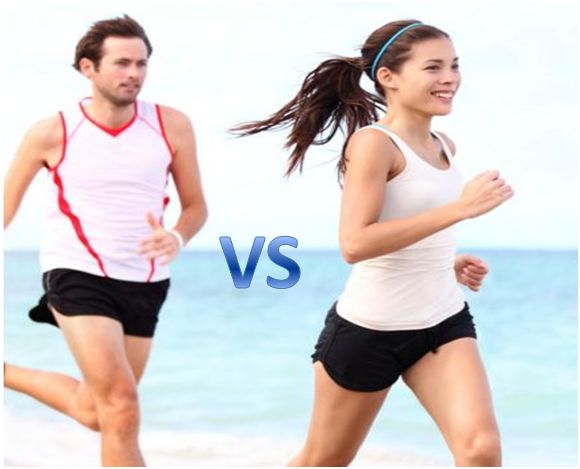 Understanding the differences between men and women in long distance running

It’s a fact. Men and women simply have different morphology. Most runners will have a training plan to clock in the distance in order to achieve their goal of be it a 5km or an ultra marathon.  While we are determined to cross the finish line with our personal best time, it would help to get to know your body better so you can reach the maximum potential of your given anatomy. In order to optimise your training and improve your performance, I’ve compiled a few differences that will create a better understanding of the differences between men and women.

Before boys and girls hit puberty, their body structures are similar in terms of body weight, height, length of their legs and upper-arm circumference. During puberty, development occurs and boys will start to develop larger shoulders while girls start to develop larger and wider hips. Due to the smaller shoulder size of women, this poses a disadvantage for women to develop upper-body strength, limiting their body strength on the upper-body in comparison to men throughout adulthood. Women’s narrow shoulders compared to men’sare also generally shorter and women are naturally born with larger pelvis width-to-height ratio and shoulder-to-hip ratio than men.

“We some times hear the term pear-shaped being used to describe a woman’s shape, but the basic truth thata woman has wider hipsis specifically for the purpose of child bearing. Notice that most professional female runners tend to have smaller and narrower hips, so it’s their natural born physique that also aids them towards excelling in distance running”.

The Q Angle (or Quadriceps Angle)

The anatomical and biomechanical features are disparate between men and women. Women have a larger pelvis because they are designed to carry the child. This larger pelvis combined to a shorter femur lead to a different Q angle at which the quadriceps muscle – from the pointiest position of the pelvis, scientifically known as the Anterior Superior Iliac Spine – meets the kneecap (or patella), compared to the line connecting the ligament attaching the patella to the shin. The angle between these two lines forms the Q angle. 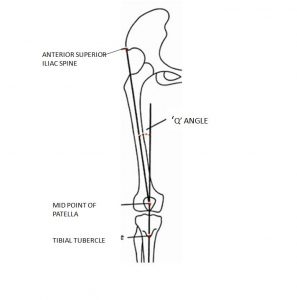 How does this difference influence the running?

Women, as they have a broader angle, are more subjected to Anterior Cruciate Ligament (ACL) injuries while exerting themselves. The Q-angle dissimilarity refers to a difference of knee alignment as well. In short, men are anatomically better designed than women for running. The space for ACL movement is more limited by women than in men, putting the ACL in a critical position as it can easily get pinched and lead to rupture of the ligament, especially while stretching or twisting. However, when you practise how to train properly, you will lower the risks of getting injuredmale or female. 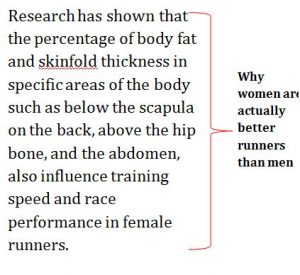 Knowing that muscle activity is the cause of energy expenditure during exercise, and the woman has less ability to produce energy and therefore less strength and endurance.

The heart is a cardio muscular muscle that enables oxygen through blood stream to be pumped to your muscles.The female heart is smaller. While it weighs 118 grams on average in women, men’s hearts weighin at about 178 grams on average. Training improves the heart skills in both women and men. This enhancement is however limited in women.

Maximum Heart Rate is the maximum number of beats the heart can achieve in the space of a minute. This value is unique to each individual and it also changes with age and gender.

The Maximum Heart Rate is thus higher in women than in men. On average, a woman will reach 174 beats per minute against 169 beats per minute. Women’s hearts beat faster because the volume of blood ejected by the heart is lower than men’s.

However, a smaller heart doesn’t mean men are better at running marathon. Even though you first impressions turn into men’s advantages, women are still in the run!

Femaleshave less blood than males. This could be explained first by the period women experience every month, but that isn’t the only factor. The blood plays an important role while running. Indeed, the vital oxygen you need to make your muscles work is transported through blood.

Women therefore have less capacity to store and transport oxygen, a difference that translates both during tests of strength or resistance during endurance events.

A more advantageous metabolism in women

Carbohydrate (or glucose) is stored as glycogen in the muscles and liver. These stores represent the prime source of energy but they are limited. Indeed, the muscles can store about 400 grams of glycogen and the liver 100 grams.

After running out of this energy, a runners’bodywill seek another source of energy through the fat. You store fat all over your body, especially beneath the skin and around internal organs. An important note is that proteins are generally not used as the main resource of energy, except in extreme circumstances.

Men will use glycogen as the energy used while running whereas women can easily usefat and less carbohydrate at a given intensity of exercise. Men will need to recharge their hydrocarbon stocks to fuel their running capacity. It takes about 30 minutes to hydrocarbon/sugar to reach your bloodstream.

As a conclusion, women need to approach their training and racing differently than men to optimise their unique characteristics.

More than that, hormones in both males and females differ in amounts and in the effect that they have in the body. Indeed, for women, the best time to run is during the Follicular Phase, which is during your sixth to 15th day after your period. The differences occur in muscles and metabolism as well.

Being aware of these differences means is also a way to realise that your needs are different, that is why tailoring your diet and your training is necessary.

Women, you may be physiologically weaker, but you are still champions J

Alissa Laurent, a Canadian runnerwon the Canadian Death Race in 2015 and ended 90 minutes before the second winner, a man.

In short, women are scientifically better distance runners than men. So go ahead and with safe and consistent training, you can outrun the boys!

First published on 3 May 2017, rehashed and refreshed.

One thought on “Differences between men and women”

TaiSPO 2022 Visitor Registration is Open! Presenting Taiwan’s Biggest Sporting Goods Industry Event with the Support and Participation of Some of the World’s Biggest Brands