Listen to the full interview on The Kurang Manis Podcast, Season 1, Episode 7

Type 2 Diabetes could be put into remission, says opthalmologist Dr. James Muecke AM. Almost as soon as he was named Australian of the Year 2020, Dr. Muecke started advocating for the implementation of a tax on sugary drinks in an effort to save more eyes. Dr. Muecke speaks to AsiaFitnessToday.com about his proposed change to Australia’s dietary guidelines, he expresses why there’s a need for government to impose a sugar tax and talks about his work in raising awareness about diabetes – a lifestyle disease that could lead to the loss of sight.

He began his career in Kenya, then returned to South Australia to become an eye surgeon and blindness prevention pioneer, starting both Vision Myanmar at the South Australian Institute of Ophthalmology in 2000, and Sight For All, an organisation which uses Australian and New Zealand eye specialists to train overseas doctors, a social impact organisation “aiming to create a world where everyone can see”.

Has sugar blinded our reasoning?

A few months ago, we featured a story about a patient of Dr. Muecke’s who woke up one morning Blinded by Sugar. Neil Hansel is sadly a victim of the debilitating disease which has not only taken his eyesight, but also his limbs.

In his address at the National Press Club in Canberra last year, Dr. James Muecke gave an immensely moving account about having had to remove a patient’s eye. He wanted to be an eye surgeon to give the gift of sight and not to take it away from someone, especially when someone has been needlessly blinded by an avoidable, man-made Type 2 Diabetes he said.

Sugar toxicity can be solved

Humans were for the first time in history “overfed and undernourished” with sugar and refined carbohydrates, he affirmed. We met with Dr. Muecke in person at a studio in Sydney this March 2021, one square year after the Australian border closures and he summed up our conversation to this, “When the mother is pregnant with the baby and if she’s consuming a diet high in sugar, that sugar crosses the placental barrier to the foetus but insulin doesn’t cross, so you’re already metabolically priming the child for health problems in the future. So gestational diabetes is a big big problem so people should be aware of that, that it be picked up early in pregnancy and wind right back on your consumption of sugar and refined carbohydrates,”.

Dr. Muecke spoke to us at length about a strategy he came up with, which he calls the 5As of sugar toxicity.

It’s so hard to kick the habit. If you’ve ever tried to detox from sugar, it’s quite an unpleasant process. And even if you’re able to succesfully do it, everywhere you go, all the foods you eat, you’re just bombarded with sugar, so it makes it very difficult. So having a tax on sugary drinks, we know that it’s been shown to reduce purchase and consumption in 17 countries with Mexico being one of them.

Let’s say in Australia, we put a 20% levy on sugary drinks, that would raise about A$600million which could then be used to fund health awareness initiatives and about 77% of Australians agree with this in principle,” added Muecke, giving light into his call for a sugar tax.

Back home in Adelaide, Dr. Muecke continues his advocacy work in awareness building and has called for a crackdown on sugar in drinks and processed foods, also a change in Australia’s dietary guidelines.

He spoke about how diabetes, one of leading causes of blindness among Australian adults could be sent into remission. Diabetes is a metabolic disease, caused by the over-consumption of sugar, refined carbohydrates and ultra-processed foods which are cheap and accessible. He mentioned the dangers of seed oils, and that we should be aware of the types of oils we’re consuming daily.

Australia’s dietary guidelines was last updated in 2013 and in a Facebook post, Muecke suggests a certain biasness that 80% of the recommended foods were plant-based. He came up with this proposed diamond (see diagram below), shifting sugar and heavily processed & grain fed meats to the opposite tips of the healthy eating diamond.

A 7News report quoted Dr. Muecke saying, there were three successful ways to place type-two diabetes in remission – low calorie diets, low carbohydrate diets or bariatric surgery. Of these, he said the low-carbohydrate diet was the easiest solution.

AsiaFitnessToday.com also attended a webinar in November 2020, organised by the Australian Society of Opthalmologists. In that webinar, Dr. Muecke shared an imagery about glucose metabolism likening it to a packed train at peak hour. When too much glucose is ingested, insulin level rises and tries to push glucose into the blood stream, but it’s rejected. It’s then stored as glycogen instead in the liver, giving rise to fatty liver. Fructose – when taken up by the liver, almost a third of it is converted to fat so fructose is far more toxic than glucose!

Dr. James Muecke was awarded a Member of the Order of Australia in 2012, then in 2015 he was EY’s Social Entrepreneur of the Year for Australia, and in 2019 received a Distinguished Alumni Award from the University of Adelaide. It was the year of the Covid-19 pandemic, that Dr. Muecke was named Australian of the Year for 2020 and appropriately so, considering he is not going to be silent anymore and will be carrying the torch to highlight the fact that non-communicable lifestyle diseases like diabetes can be put into remission, and one of the ways to achieve that is to intervene with awareness first, followed by a change in lifestyle and importantly, diet. Partnering Dr. Muecke in advocacy and stewardship of the non-profit work is spouse Mena Muecke OAM, who also plays a vital role in the marketing and publicity of Sight For All and is a co-founder of the Vision 1000 social investment initiative. She was awarded a Medal of the Order of Australia in 2018. The Mueckes run private consultancy, www.Medthink.com.au.

In this 7th episode of Season 1 of The Kurang Manis (Sugar, Less) Podcast, we also speak with Dr YokeLi Ling, based in Kuala Lumpur who is passionately advocating Sleep and Airway Centric Dentistry and Oral Myofunctional Therapy. Dr. Ling will share more in the following episode of the podcast with co-hosts Nikki Yeo and Jasmine Low.

Our tradition continues where we introduce music from this region and we’ve chosen a song titled SUPERMAN by Tassie-based Mia Palencia who launched her career in Malaysia at the age of 14 as the other half of Sabahan jazz duo Double Take. The song reflects the advocacy work that’s being undertaken by Dr. James Muecke AM – Australia’s SUPERMAN. Mia composed, produced and performed the opening night theme song for the Southeast Asian Games 2017, and continues her PhD research in Songwriting at the Conservatorium of Music, University of Tasmania and released her 7th album with her Australian jazz quartet, In Good Company. Visit www.miapalencia.com.

Available wherever you get your podcasts:

We welcome messages from our listeners, and invite you to send us a voice message if you have comments or feedback for our guests.

Feel free to share and repost these visuals via your social media pages or messages. Thank you. 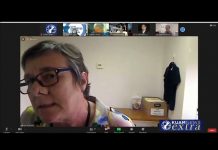 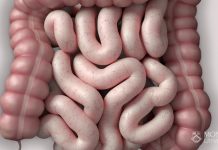 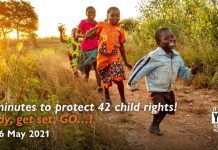