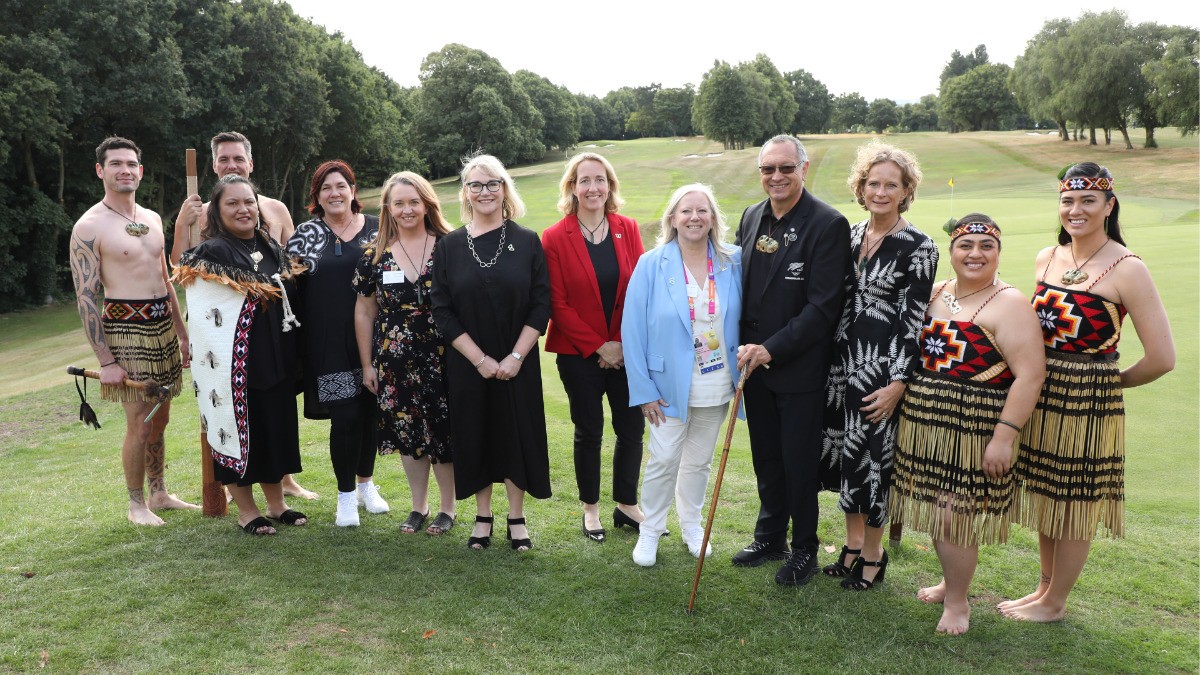 August 4, 2022 via PRNews/GIG – Key figures from sport, media and politics have gathered to celebrate the success of women’s sport at the Commonwealth Games at a special event at New Zealand House. The event, staged in partnership with the International Working Group (IWG) on Women & Sport, was also an opportunity for global leaders to discuss what more can be done to achieve gender equality in sport and the benefits of doing so.

Birmingham 2022 is the first major multi-sport event in history to award more medals to women than men, while the debut of women’s T20 cricket has proved one of the success stories of the competition so far.

The event at New Zealand House, which is part of the official handover of the IWG from Aotearoa New Zealand to the United Kingdom, saw CGF President Dame Louise Martin DBE, IWG Co-Chairs Annamarie Phelps CBE OLY and Raewyn Lovett ONZM, Minister for Sport Nigel Huddleston and New Zealand Deputy Prime Minister, Grant Robertson come together to celebrate the growing success of women’s sport. It was also an opportunity to reflect on the work still to be done to bring about true equality given:

Established almost 30 years ago in Brighton, the IWG is the world’s largest network dedicated to advancing gender equality in sport and physical activity. The network is committed to leading positive change which aligns to the UN Sustainable Development Goal to achieve gender equality and empower all women and girls.

The IWG is currently hosted by New Zealand; with the 8th IWG World Conference on Women & Sport taking place in Auckland on 14-17 November 2022.

The UK will then receive the hosting baton for the quadrennial period of 2022-2026, with the 9th IWG World Conference taking place in Birmingham in four years’ time.
The event at New Zealand House helped to profile the upcoming conference in New Zealand, as a Graphic Illustrator captured discussions for a piece of artwork that aims to showcase the rise of women and sport, while outlining hopes for the future of gender equality.

“In that respect, Birmingham 2022 is quite special as the first major multi-sport event in history to have more medals for women than men. We can be so proud of the progress we have made and we have come a long way towards gender equality in sport, but there is still much more to be done.

“So, while today is a celebration of women’s sport, it is also a chance for us to look ahead and to continue to collaborate to bring about further progress.

“To that end, we are proud to help promote the work of the International Working Group on Women & Sport as they continue to advance gender equity and equality in sport across the world.”

IWG Co-Chair Annamarie Phelps CBE OLY said: “In the week when England won the women’s Euros, helping to catapult women’s sport into the spotlight like never before, it’s the perfect time to be pushing to achieve gender equality across the globe.

“The IWG network is a platform to both advocate for change and share insights and learnings to help advance gender equality, harnessing the knowledge and momentum from within the IWG movement.”

New Zealand Co-Chair of the IWG, Raewyn Lovett said: “It’s been an honour and a privilege to have been kaitiaki – to have been the guardian – of the world’s largest network dedicated to advancing gender equity and equality in sport, physical education and physical activity.

“Today, we opened the circle, with IWG UK taking over Secretariat leadership globally. IWG New Zealand will continue to lead delivery of the 8th IWG World Conference on Women & Sport through to its staging in Auckland this November: where we will close the circle and complete the handover.

“The people and organisations in the room today have extraordinary power and influence and the ability to positively impact the lives of women and girls the world over. We issued them with an invitation to bring this expertise to the table in Auckland, to help us drive change through sport.”

Sports Minister Nigel Huddleston said: “It’s been a seismic week for women’s sport with the Lionesses’ stunning victory at Wembley and many incredible performances at Birmingham 2022.

“While women’s sport continues to go from strength to strength, we know there is more to be done to support women both on and off the field of play.

“The handover of the IWG is an incredible opportunity to build on the success so far and to push for true gender equality in sport.”

CEO of UK Sport, Sally Munday, said: “The handover of the IWG from New Zealand to the UK is an opportunity that goes far beyond the four years that we will host it.

“The important thing is that we are consciously making decisions which nurture a strong legacy for gender equality globally. Being part of the world’s largest network that is devoted to achieving gender equality in sport means we all have a responsibility to inspire positive change. The impact that this change will have on the next generation of sport is in our hands.

“What we have witnessed both at the women’s Euros and over the last week here in Birmingham reflects what an exciting time this is for female athletes and all of us involved in sports administration to be promoting change. The scope for progress in this space is immense and I am looking forward to seeing women and girls in sport thrive in the future.”

Tim Hollingsworth, CEO of Sport England, said: “The UK taking the baton as hosts of the IWG could not be coming at a better time as we look to capitalise on the incredible success of so many of our brilliant female sporting stars.

“Their achievements are a reminder that the work to break down the barriers that stop so many women and girls from participating fully in sport must continue to be a huge focus for us all.

“Becoming hosts of the IWG provides an important and exciting catalyst for this work, and we must ensure that we use its potential to bring decision-makers and influencers together to create lasting change.”

Dame Janet Beer, Chair of the Sport and Recreation Alliance said: “I am delighted that the collaborative work led by the Sport and Recreation Alliance for the last two years has now officially reached the stage when the Secretariat for this prestigious group moves to the UK. As a part of the Alliance’s strategic commitment to support the improvement of equality, diversity and inclusion, the most influential, impactful and diverse voices from sport and recreation were convened to make this happen and we look forward to playing our part as leaders from across the global sporting stage.”

New Zealand Olympic Committee CEO Nicki Nicol: “New Zealand’s female athletes have contributed to New Zealand’s proud Olympic and Commonwealth Games History and at Birmingham 2022 we have, for the first time, more women than men in the team. Their feats of strength, speed, resilience and commitment contribute to building our nation’s identity. Their potential to connect with and inspire new generations of young boys and girls cannot be understated and we are delighted to be supporting conversations and progress around women in sport.”

FreedomFilmFest 2022 is coming together to make sense of the pandemic