Football Code Wars – The Battle for Fans, Dollars and Survival 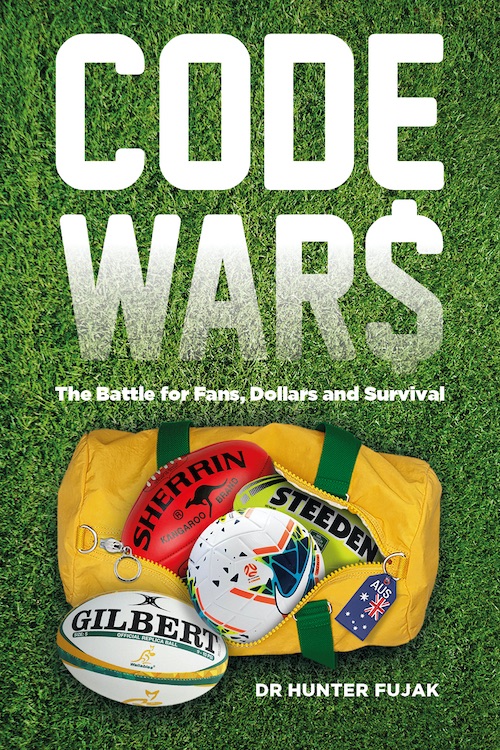 Australia’s Dr. Hunter Fujak believes that the Australian Football League (AFL) is practically unassailable in its position at the centre of Australian football culture.  Despite AFL’s supremacy, Code Wars does not attempt to say which football code is the ‘best’ or ‘worst’, but it looks at the uniqueness of the Australian sporting landscape and considers issues such as:

Fujak says the book is for those whose interest in football and sport extends beyond what goes on on-the-field, and what shapes that which goes on off-the-field.

Based on data from Fujak’s PhD dissertation, Code Wars translates academic scholarly research into something tangible – and no doubt highly debatable – for the real world. Dr Hunter Fujak is a Lecturer in Sports Management at Deakin University in Melbourne. His PhD was awarded by UTS in Sydney and explored consumer behaviour in sport.

Code Wars is published by Fair Play Publishing and is available in direct from the publisher or from bookstores at A$34.99 or digitally as an ebook.