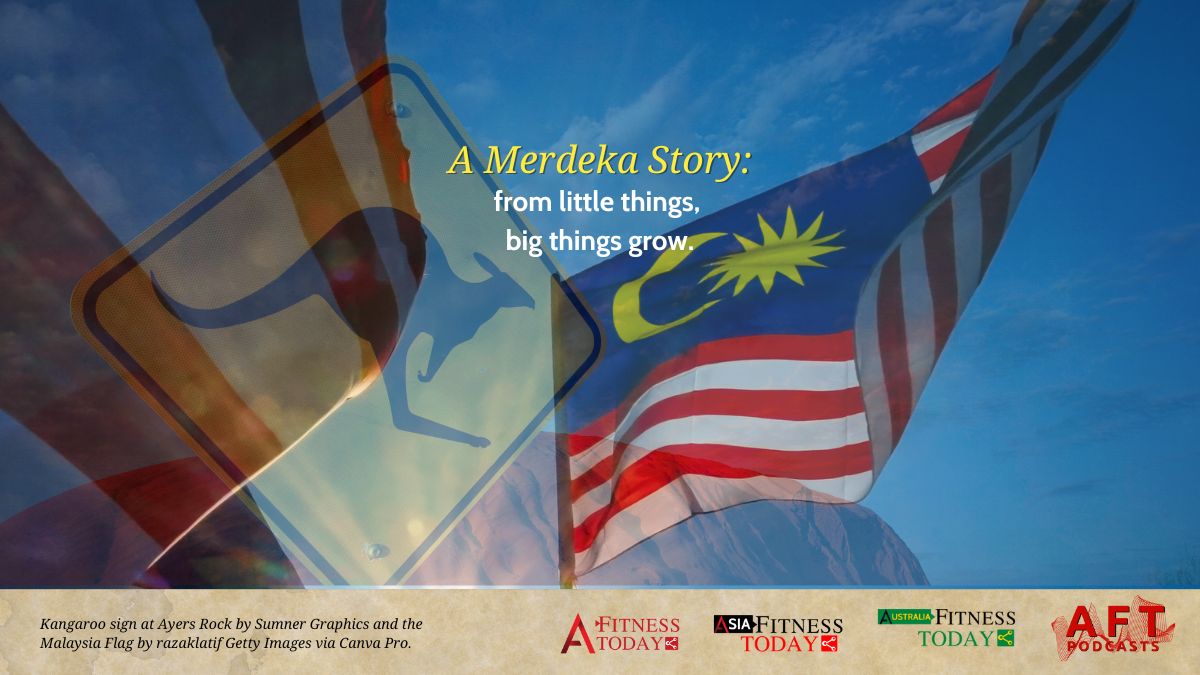 This podcast is a tribute to “Merdeka! Independence Day!” celebrations across Singapore (9th August), Indonesia (17th August) and Malaysia (31st August & the formation of Peninsular Malaysia with Sabah and Sarawak on 16 September) interestingly, in Australia, scientific studies have shown indigenous Australians have inhabited the continent for over 65,000 years, but 26 January 1788 is the date that became Australia’s national day for some Australians, while Sorry Day for another segment of Australian society. This podcast explores the notion of independence.

On August 9th 2021, International Day of the World’s Indigenous Peoples themed ‘Leaving No One Behind’ left me thinking of our future, and of the concept of freedom.

It’s August 30th, Malaysia’s Merdeka Day. A quick dip into historical events would show the timeline from when the British East India Company made a deal in 1786 with the Sultanate of Kedah, a state bordering Malaya and Thailand, to form the first of what would be the Straits Settlement, comprising of Malacca and Singapore later on. And that is history, as told by text books. Blindsided in school textbooks are stories about the indigenous peoples, like the Orang Aslis and Orang Asals, leaving generations of children growing up without much knowledge or understanding for the cultures of the first people. Where were they in history? What happened? Didn’t they also fight for peace during WWII? They make up 13.8% of Malaysia’s 32 million population so it’s a good question to raise and a strong reason to lobby for indigenous peoples and their stories to be told in schools, at the workplace and local community programs.

Coming from migrant stock, Australia is my heartland. It always has a place in my heart. I quickly learned that there were two events in the one same city; Sorry Day in La Perouse south of Sydney and Australia Day in the harbour front of Gadigal Land. How can one celebrate when another is somber? This juxtaposition of thought camps remains the crux of January 26th for me personally.

14:15 ILO convention 169, C169 – Indigenous and Tribal Peoples Convention, 1989 (No. 169) aims to facilitate the dialogue with governments. https://www.ilo.org/global/topics/ind…. To date, NO commonwealth country is listed as among the 23 who have ratified this convention.

A dedication to all Malaysians, especially Malaysia’s indigenous communities. As a Malaysian-born, I’ve been conscious of its long dumbed-down history of land rights among the aboriginal native orang asli and orang asal. I’ve seen friends tell through personal experiences, through documentaries they’d shoot, horrendous tales of blockades in the centre of the Earth as termed by the Temiars in the East Coast of Peninsular Malaysia, blocking tree loggers from pulling roots out from their earth, their land, which was licensed out to commercial loggers. These brave individuals would set up blockades ala man versus tractor. The song “From little things, big things grow” by Kev Carmody & Paul Kelly, remade by Ziggy Ramo and Electric Fields keeps the fire burning for the other people fighting land rights and there needs to be fires burning long through the nights for this fight to be fought. On the eve of the 64th Merdeka and Malaysia Day in Malaysia, we had the Aussie song translated into Bahasa Malaysia, and written this short piece to show respect to a culture if not protected, will be forever lost. It’s really baby steps forward but giant strides backwards if we allow our last remaining forests, ancestral land for the first peoples of Malaysia, what’s left of it, to be plummaged with no recourse. There is no turning back if we let it happen. We must not let it happen. Protect it at all costs just like how the tree huggers, Chipko activists in the 1970s in India did.

AsiaFitnessToday.com “Merdeka! Independence Day and a tale about how it came about in Malaysia and Australia” is republished via a Creative Commons license, with the original piece published here: https://www.jasminelow.com/from-little-things-big-things-grow/