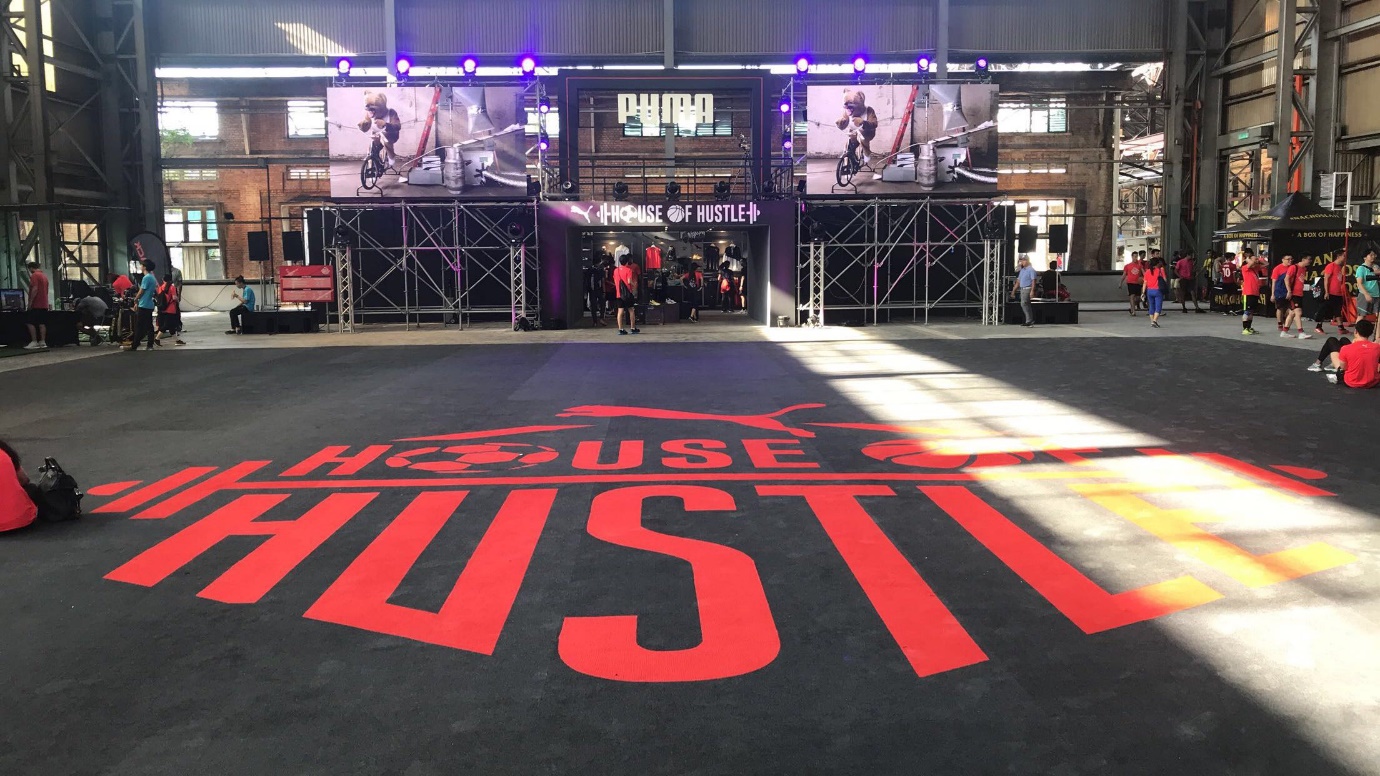 PUMA House of Hustle was held at Sentul Depot, Kuala Lumpur on 28 – 29 September 2019. The main events were training sessions, 3-on-3 futsal and 3-on-3 basketball tournaments.

The training sessions were held three times a day and each had a total duration of 3 hours and 15 minutes. We participated in Session 2 of the first day of PUMA House of Hustle.

Animal flow is a training that focused largely around ground-based work and it develops mobility as well as power. Animal Flow is inspired by animal movements and focusses on improving our core stability, overall strength and body awareness without any fitness equipment. Dany found it to be quite difficult as he has not been active the past few months.

Next up was Rhythmic Boxing – a 45 minutes workout slated to be the next generation of boxing where each punch and slide is driven by music beats. This, again, exhausted Dany as the intensity was very high and the movement also quite difficult for him. He didn’t manage to finish the session but was quite impressed with some of the participants that managed to finished the second segment and also the fact that they stayed to continue with the last segment.

The last segment of PUMA’s House of Hustle was HIIT or High-Intensity Interval Training. By this time the boys were quite exhausted but they soldiered on to prove to themselves that they can do it, except for Dany. He tried but faltered quite a few times. Maybe they were inspired to continue with the session as the other participants had not quit.

There was an emcee that was present during the breaks in between exercises. He was great and kept interacting with the participants.

The event was also surrounded by many booths like food, beverage, sports accessories. We got a chance to try a refreshing coconut jelly called ‘Jello’ after we were done with the training sessions. There are many toppings that you can choose like cendol, brown sugar, mango and many more.

Then, we went to the warehouse next door to watch the futsal and basketball tournaments, and other games.  The place was filled with the crowd cheering and supporting each other.

Overall we had a great and pleasant time in participating in the event. They also enjoyed the vibe around the venue that gave out a cool and chill vibe.

Shauqi loves to play sports such as volleyball and badminton. A coffee lover, he invites readers to have coffee with him.

Ahmad is trying to become a professional e-sports player, specifically Mobile Legends. Follow and like his idn: Schen.