Raja Futsal Returns for Its Second Year with Grand Prize of RM100,000 Cash 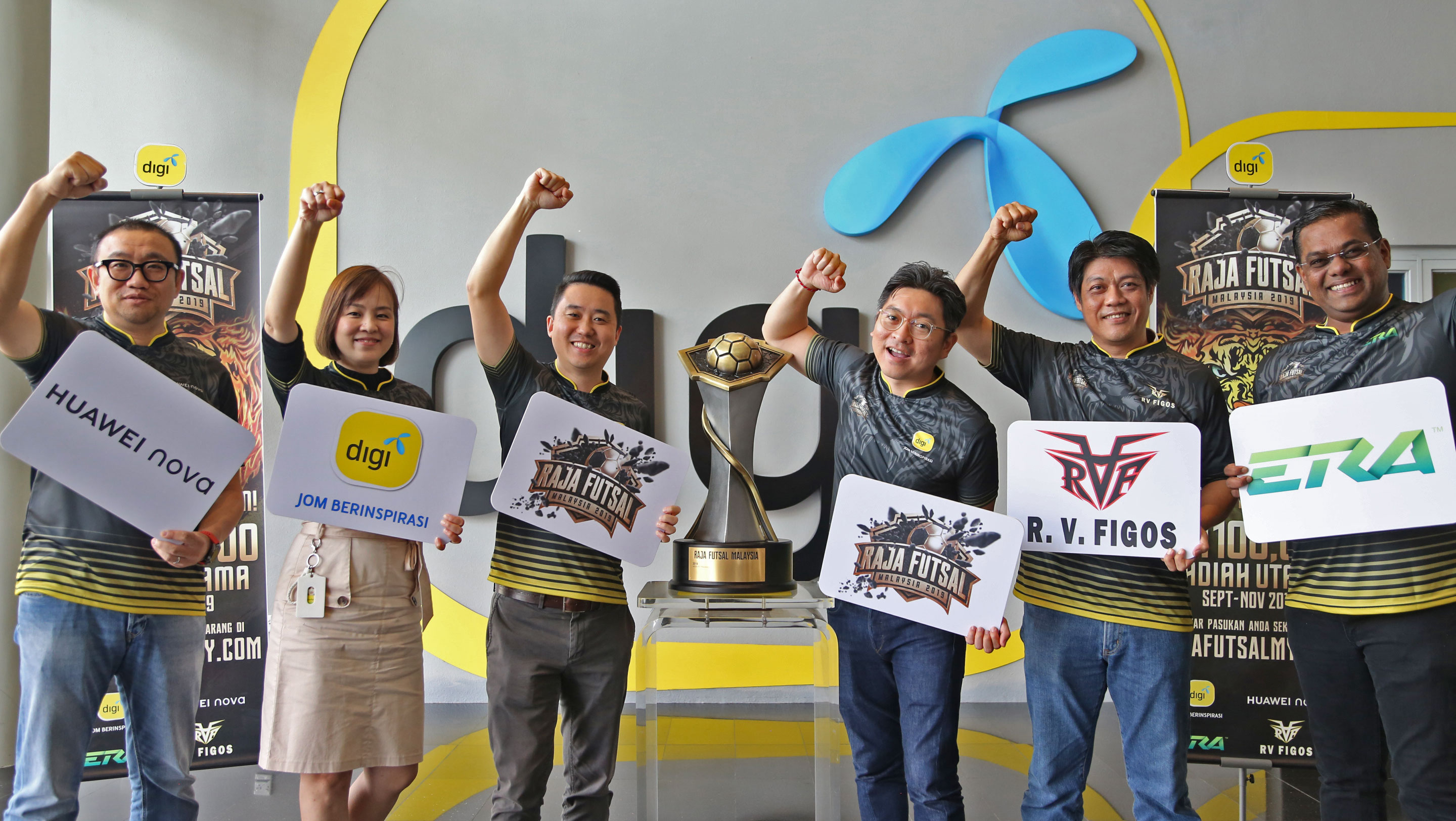 Digi Telecommunications Sdn Bhd (“Digi”), together with partners Huawei, Era, & Figos, is bringing back Raja Futsal, the most exciting amateur futsal tournament with the largest grand prize offered to date in Malaysia.

Raja Futsal 2019 will see amateur futsal teams nationwide battling it out for the title of ‘Raja Futsal’ and the grand prize of RM100,000 cash. Tournaments will be held at 6 regions throughout the length and breadth of Malaysia to find the nation’s top 20 who will compete in the Grand Finals held in Selangor at the end of November.

Bernard Lee, Digi’s Head of Marketing Services said, “We were thoroughly impressed by the enthusiasm and the spirit of sportsmanship shown by everyone during the last tournament. Due to the overwhelming response last year, we are expecting to see more than 1000 teams take part this year.”

Building on the momentum from last year, Raja Futsal 2019 will also feature women tournaments at the regional level. 12 teams will take part in fast-paced matches to discover the best talents in women futsal space at each region.

The first regional tournament will be kicking off at Pahang on 21 September 2019, Saturday. It is the home ground of Mozai FT, champions of Raja Futsal 2018 who will be making another appearance this year.

“We had a great time participating in last year’s tournament as it gave us exposure to the different styles and skills of teams all over the country. We hope a grand tournament like this continues as a yearly affair to develop the youth talent in sports, and we look forward to defend our title this year,” said Mohd Alif Fahmin bin Razali who is the captain of the Mozai FT team.

Bernard added that Raja Futsal 2019 is one of the many initiatives that is carried out by Digi to continuously connect with communities at the grassroot by engaging them through a channel that is close to their heart.

“Besides uniting Malaysians together via a popular sport well loved by Malaysian youth and adults alike, we are creating a platform for them to put their futsal skills to the test and the chance to walk away with the RM100,000 grand prize. We hope the new women’s tournament introduced in this year’s Raja Futsal will further intensify the tournaments to create more excitement and inclusion for the players,” he said.

The public can expect special activities and exclusive offers by Digi and partners while watching their favourite teams at each of the regional tournaments. The Grand Final day is also open to all and fans can expect a mix of action-packed matches and special entertainment featuring sports icons and Malaysian artists.

Raja Futsal 2019 is open to Men and Women aged 18-35 years old. Interested teams can register starting today and find out the latest news and updates on the tournaments at rajafutsalmy.com.

The regional tournaments will take place on the dates and venues as below: