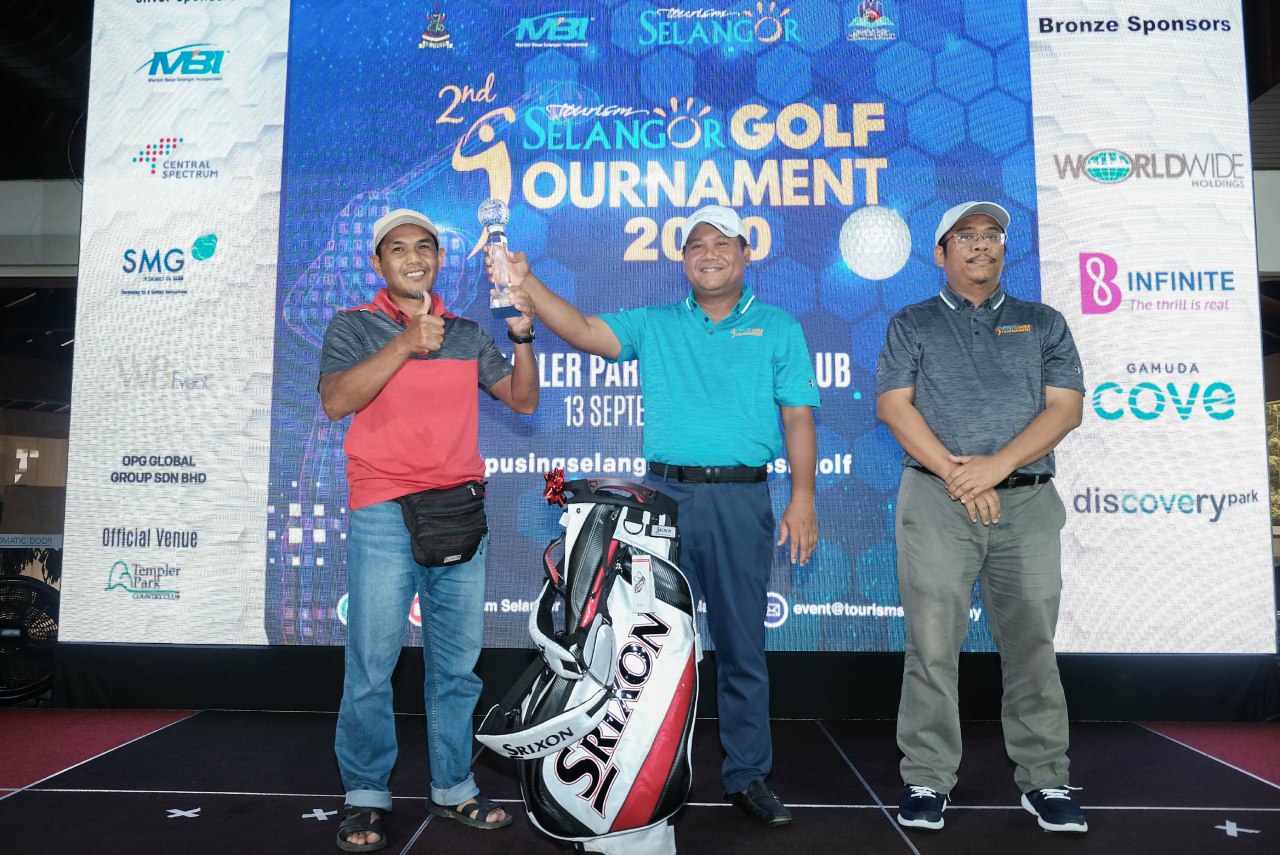 The 18-hole tournament welcomed a plethora of golfers; from golf industry players, top management in the private sector, celebrity golfers, Tournament Sponsors, golf enthusiasts, and members of the Media, to the representatives from Government-linked Companies (GLCs). The Tournament paved the way for the strengthening of existing or future relations among contesting golfers in a competitive yet enjoyable setting.

General Manager of Tourism Selangor, Mr. Azrul Shah bin Mohamad in a statement shared, “Tourism Selangor is proud to host this 18-hole Tournament which has entered its second year of establishment. It is of delight to see how the support and responses to this Tournament have grown over a couple of years”.

“Selangor is home to the highest number of Golf Clubs in Malaysia, with a total of 29 Golf Clubs across the State. Thus, from this fact alone, it cannot be denied, Selangor is the leading, premier golf hub in Malaysia”, Mr. Azrul Shah added.

The Tournament’s first tee was executed at 8.00 a.m on Sunday, on which such tremendous support received by the star-list was in favour of the Tourism Promotion Agency despite the Tournament’s second inception was held post Covid-19.

As Selangor is expected to become the host for more upcoming Golf Tournaments and Championships in the State post-pandemic, it is mandatory for organizers to strictly comply with the SOPs set by the Malaysian National Security Council (MKN) and the Ministry of Health Malaysia. Golfing in the rise of the new norms should not be less exciting yet it should be no-less of a safe setting either. One of the nearest Tournaments tailing from Sunday’s event is the Selangor Golf Classic 2020 making its debut on 29 & 30 September 2020, on which Tourism Selangor proudly becomes its Title Sponsor.

The State of Selangor through Tourism Selangor is committed to explore the opportunities and further leverage in the sports and golf tourism, as it poses as a key role in fuelling the State’s economy through domestic tourism. This tourism segmentation does not only benefit golf operators; retail, accommodation, hospitality and transportation providers will also attain a positive impact from the travels. The buzz created from golf tourism events will draw the tourists’ attention onto nearby tourism attractions such as the ones near to the Tournament’s venue in Rawang; Taman Eko Rimba Kanching and Taman Eko Rimba Komanwel.

Golf tourism acts a catalyst to creating an influx of local sports tourists into the State. With the highest number of Golf Clubs in the nation, it is not an intricate effort to further penetrate the golf tourism segmentation. This is in line with Tourism Selangor’s Domestic Tourism Campaign, ‘Pusing Selangor Dulu’ (travel in Selangor first) which is growing in popularity among domestic travelers.

The penetration of golf tourism in Selangor improves the living standard of its residents, leads to the enhancement of sports facilities across the State and increases public interest in golf making Selangor the preferred golf destination in Malaysia.

For more information on Selangor’s latest and in-trend tourism attractions, log on to www.selangor.travel.